My two bays race this year had an interesting lead in. Early Friday we went down to Lorne to do the Mountain2Surf 8k run around Lorne. On the Saturday I also did the Lorne Pier2Pub. Whilst not the ideal preparation to run a 56k Ultra marathon I really like going to Lorne each year and soaking up the awesome atmosphere down there.

Driving down early Sunday morning to the race I did wonder if I had respected the race enough with the week I just had. Adding to my trepidation was the fact I had a bruised pectoral muscle from banging it on a surf lifesaving board whilst in the surf at Inverloch the week before which made competing the prior two events a little more challenging, and at times painful. More than a few times I wondered if I’d had to drop one of the events or even all 3. 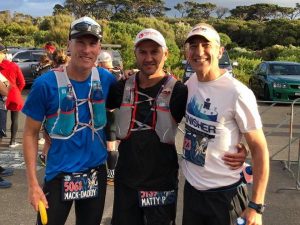 After a quick photo with Nuna members, Matt Power and Mal J, it wasn’t long before the trumpet started and we were leaving Cape Schanck for Dromana. My plan was to take the first 28k a little harder this year knowing that the return journey takes longer and my goal was to break 5 hours. Last year was my first crack at the distance (posting 5.09) and I remember getting to the halfway mark conservatively in a little under 2.22 which only left a 16 minute float. I thought I’d make a bit more hay while the sun shone this year!

At the halfway mark, Matt P and I came in together to ring the bell after running the first half stride by stride. Matt mentioned to me he wanted to spend a bit of time at the turn around, can’t remember if he said it was for cuddles or to have a stretch or both. It was great to have his company and encouragement for the first half. I was keen to be a lot quicker at the turn around this year so just grabbed a new full bottle to replace an empty and a banana and headed out the door again. Last year I wasted time filling up bottles but this year I had purchased two new flasks to swap over to save time. Heading up the road to Arthur’s Seat I saw Mal storming down the hill and he looked good and wondered if he would be joining me at some stage on the return trip.

My legs weren’t feeling that great and knew Mal was capable of anything after his increasingly strong performances in Ironman triathlon last year. I ran walked back up the top of Arthurs Seat. It was nice to stop and walk the steep sections from time to time. Going up Arthurs Seat I did think my goal of sub 5 hours was all but over. I was able to keep somewhat positive when I noted the people in front of me weren’t really getting away from me and I was in fact making up some ground. Once I got on to the road section after Arthurs Seat and McLarens Dam I found I was still able to run pretty strongly on the flat and undulations which I thought was a good sign but just not enjoying the steep climbs or descents. I was starting to focus on seeing Anna and the kids again and getting more aid but I just had the nasty pinch up Duells Road and then the nasty down and up to Browns Rd to get through which didn’t fail to disappoint with 30 odd k’s in the legs. After a refuel and gee up it was on to the road up to Greens bush.

Last year I remember finding this really tough so knuckled down. The hill up into Greens bush seemed to go for an eternity and I was still a bit unsure how things were going to go from here but I knew I would at least be finishing. Once into Greens Bush I knew the trail is all single track and the challenging hills were behind me. My legs didn’t really feel that much tighter than the turn around and I was feeling ok. I was slowly starting to reel in some runners in front of me. I asked one guy if we were on track to break 5 hours and he told me he broke 5 hours easily last year and was keeping a similar pace this year. That was a welcome boost and I really started to open up and see who else was up the trail. From 42k to 50k I was keeping a pretty good pace. That was the section last year which tested me both physically and mentally. Knowing I had completed 100k Sydney Oxfam in August 2017 gave me confidence that my body can get through even more. I lacked confidence last year as I’d never ran further than 42k.

Once at Borneo Rd I was pretty happy with how things were going and I was excited to see Anna and the kids. I knew I was having a pretty good race and all that was left was 6k to go and a nasty little stair climb! I swigged half a small can of coke and ate half a banana and I was off again. At this stop I also noticed Tash Fraser just in front who has quite a distinctive running style and won the women’s race last year. She looked to be battling a bit and as I approached she pulled over to let me though.

The last section went as expected and I was excited to look down at my watch and know that I was going to finish in the 4.40’s. Running through the finish line was a great moment knowing I had achieved my goal with the unique and challenging week leading in. 4.46 (23 minute PB) I really do love this event and it really does take you on a journey of high and low points. The single track sections are as good as any you will ever run, and the race organisation and all the trail running community and spectators that compete and get behind it are awesome.

After the race I was thinking I would go back to the 28k race but now I’m not so sure as I may want another crack at the 56k. I do believe I’m capable of going a bit faster so it is tempting, but my ability to keep fuelled and hydrated is my limiting factor. Fair to say I don’t have a cast iron stomach. I definitely stayed much better fuelled and hydrated this year and felt pretty good right throughout the race but still room for improvement as after the race it took a few hours to feel normal again. I was really happy to see I was the 4th fastest overall from Dromana back to Cape Schanck so mustn’t have done too much wrong I guess. 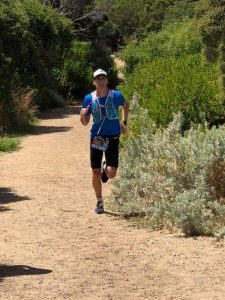 I would like to say a huge thank-you to Anna and the kids for being great support for me on the day. They all got up super early to come along and were always ready as I came through. Also to the other Nunas competing in the event, Regine and Wendy and other supporters who gave me some words of encouragement. 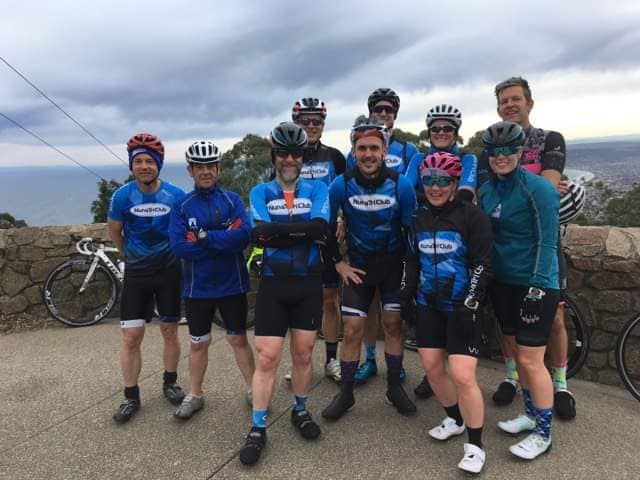